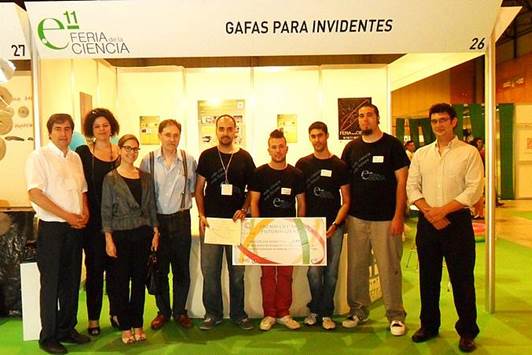 The winners of CicCartuja’s award for Future Scientists visited our center and get in touch with nanoworld.

The students from the school C.F.P.E. Ntra. Sra. de las Mercedes (Bollulos del Condado, Huelva) are the winners of the “Future Scientists” contest promoted by CicCartuja at the 2013 edition of Science Fair with the project “glasses for blind people”. As part of the award the students were received by tenure scientists and had the opportunity to visit the CicCartuja facilities.

Asuncion Fernandez introduced the Future Scientists in the latest advances in electron microscopy and their contribution to the research in nanomaterials.